Studying pictures of  the Orioles cartoon bird helmet logos from the ’60’s-’80’s, you’ll notice a lot of inconsistency.  Although I don’t have nearly as much information and examples about the helmets as I did the caps, I think I may have discovered the reason for these inconsistencies.  It’s because the logos seem to be painted or maybe stenciled onto the helmets.  Some even appear to be hand painted. 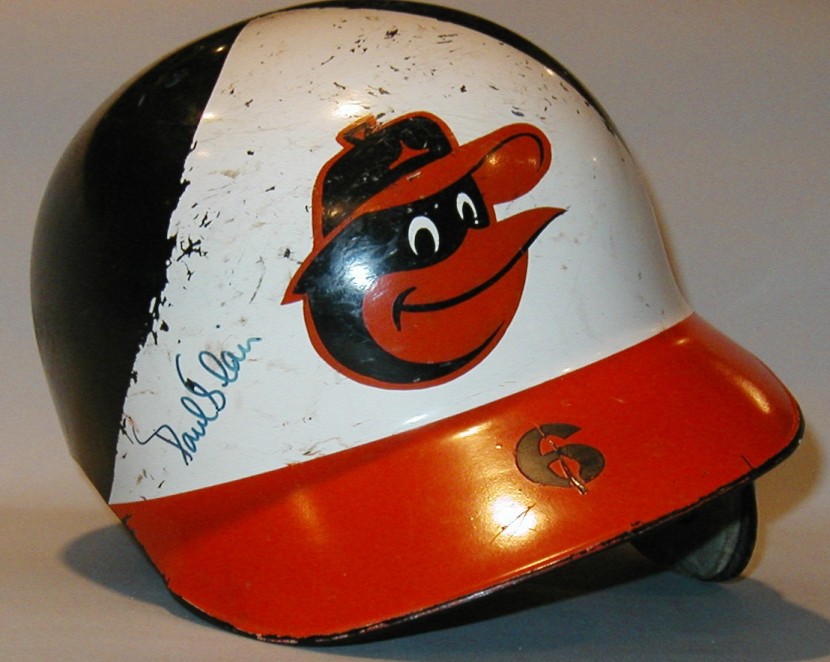 Looks like they let a local kindergarten class paint these things!

Here’s Eddie Murray’s Topps rookie card with a painted logo on his helmet: 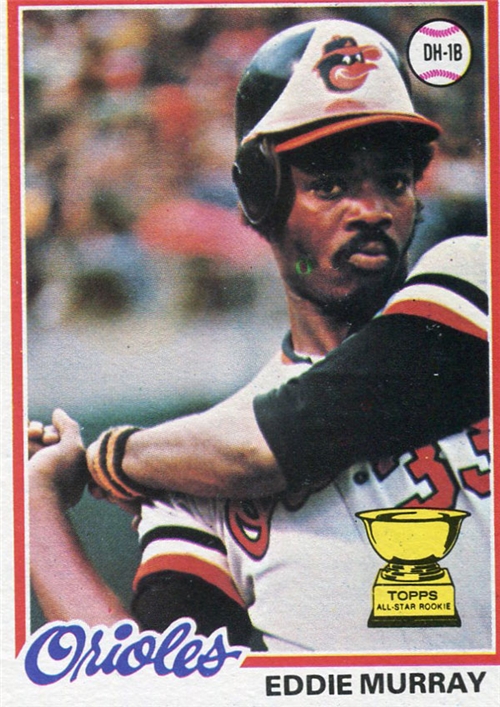 I’m not certain exactly when, but later on, the Orioles helmets would be affixed with a decal of the logo, which would be used through the 1988 (final year of the Cartoon Bird) season:

Obviously, this decal would solve the problem of the early inconsistencies with the painted helmet logos.

Notice that it’s similar to, but not quite the same as any of the cap logos in my previous article.

Here’s a later card of Eddie Murray with the decal helmet:

Catcher Matt Wieters would use the white paneled Cartoon Bird logo helmet during the 2011 season behind the plate as his catchers helmet:

This is the best picture I could find, but it seems to be most similar to the 1966 cap logo, but maybe just a little stretched out:

Or maybe they just used this version from the Orioles style guide: 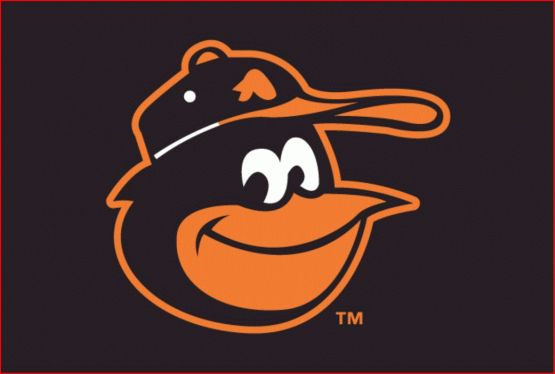 That’s about all I know of the helmet logos.  I assume the 2012 helmets will have the new version of the Cartoon Bird stuck to them.

Again, special thanks to:

Awesome Orioles collection, where I found the game-used helmet and cap images used in this blog.

All information written and compiled by T.L.Lears, 2011